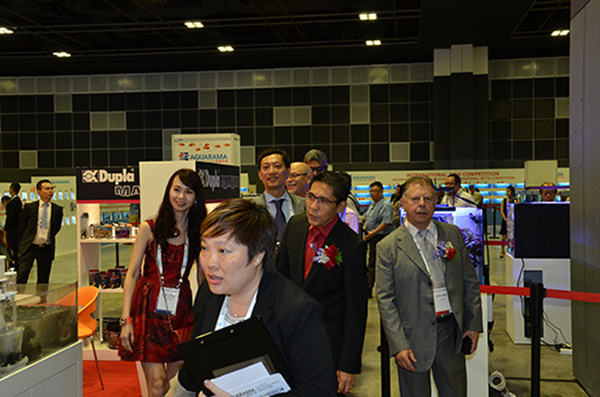 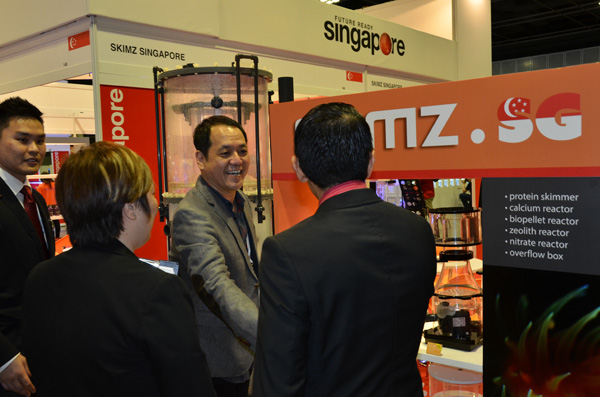 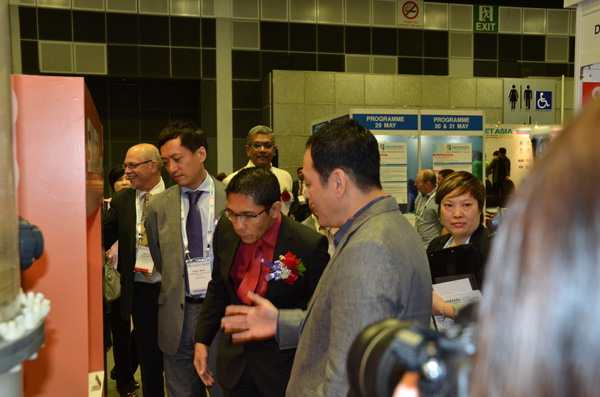 John explaining the protein skimmer or foam fractionator is a device used to remove organic compounds such as food and waste particles from aquarium water. 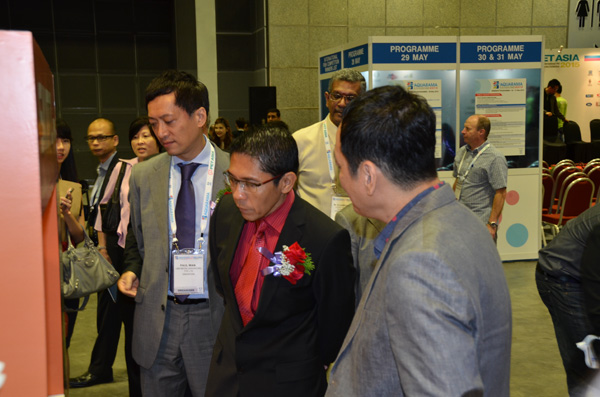 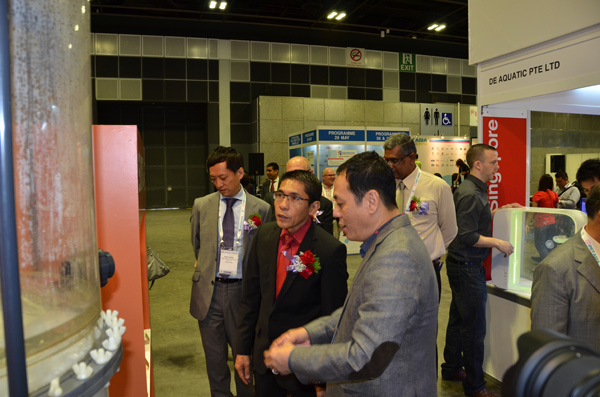 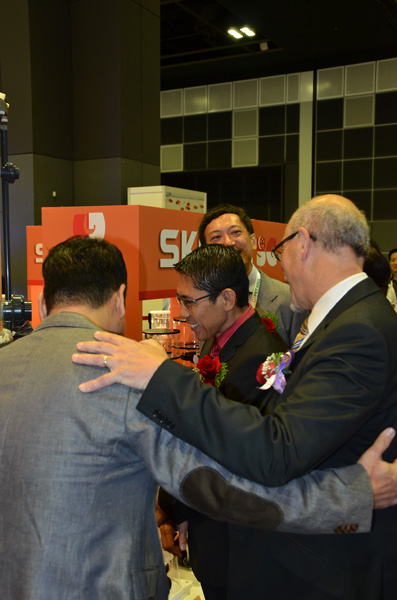 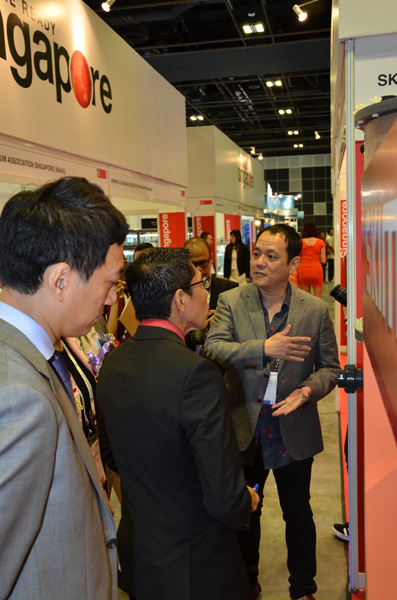 John Ong of Skimz explaining how proteins skimmer removes certain organic compound by using the polarity of the protein itself and these molecules can be described as hydrophobic or hydrophilic. 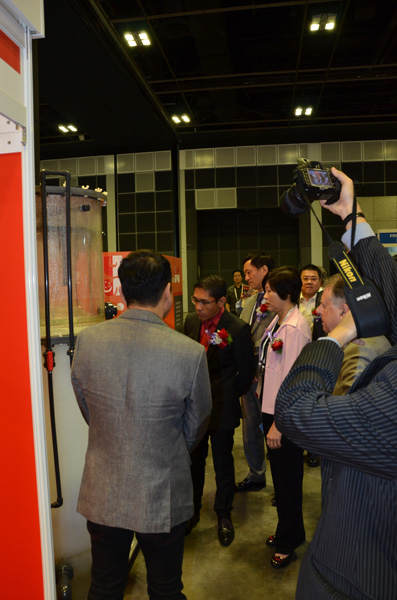 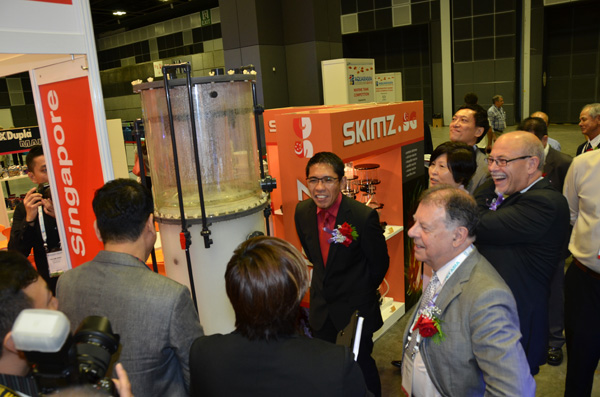 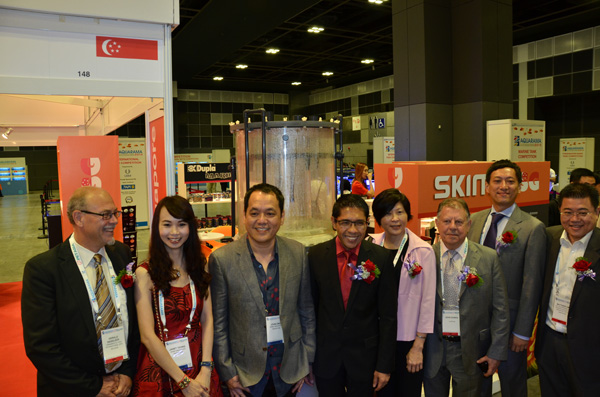 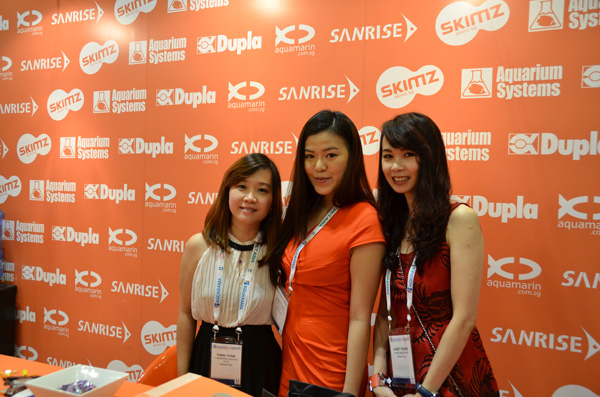 Thinn, Corin and Janet of Skimz. 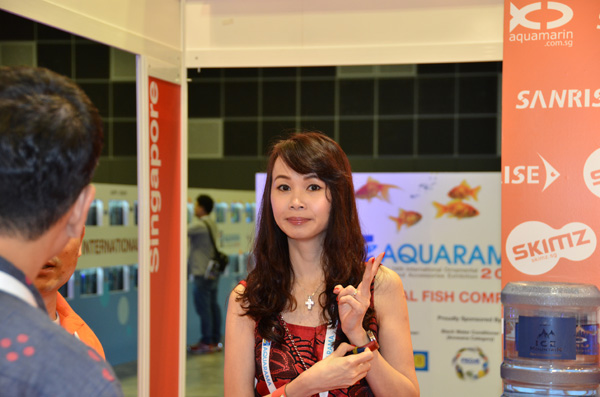 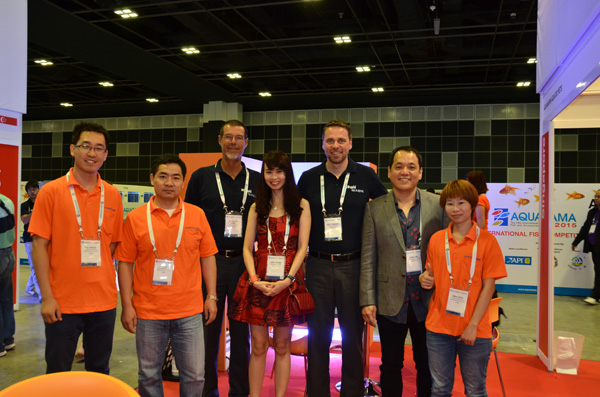 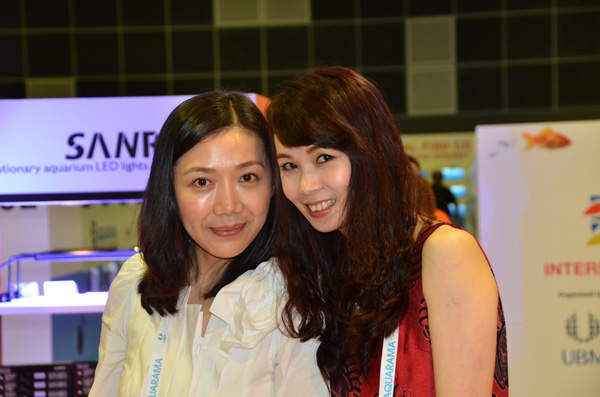 Julie Liu of Aquarium Systems and Janet of Skimz. 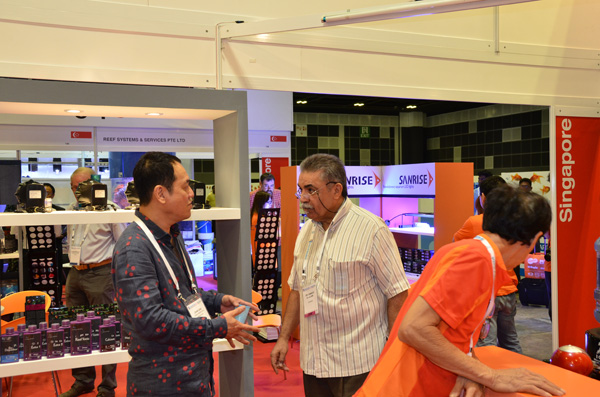 John of Skimz and Dr Hameed 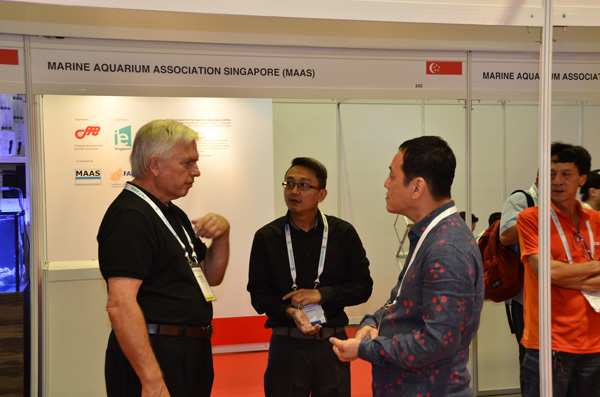 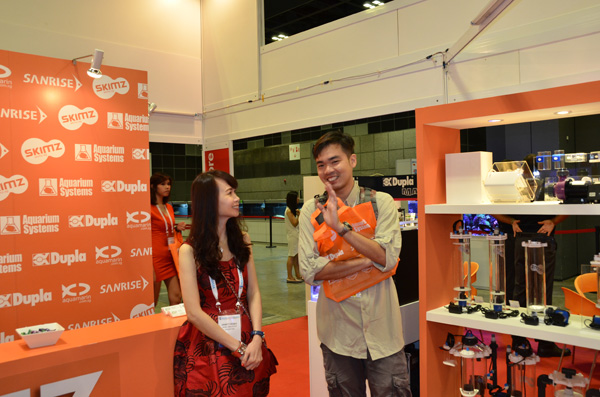 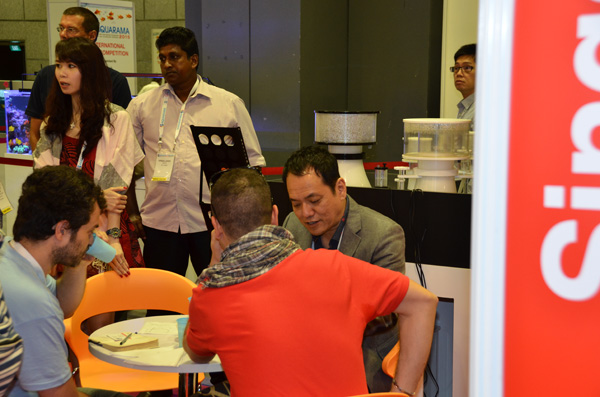 John of Skimz with customers from Italy.