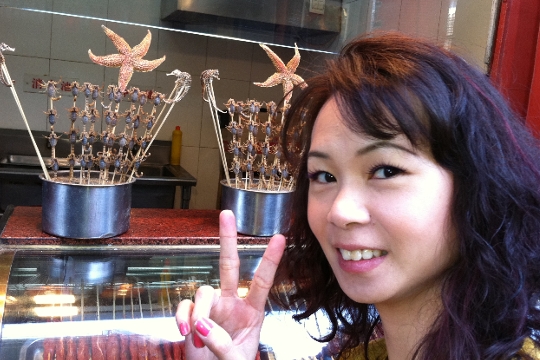 This snack bar in Beijing offers insects and worms including crickets, silk worms, bugs, scorpions, etc.. Beside the ‘interesting’ taste and textures, many people claim that insects are full of calcium and protein. 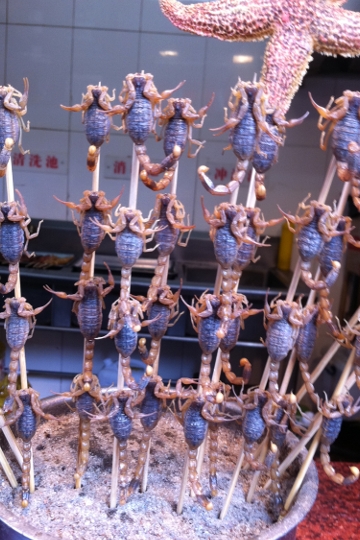 Hungry? Eat A Live Scorpion! Did they eat a poisonous insect? Frying, it turns out, neutralizes the poison. 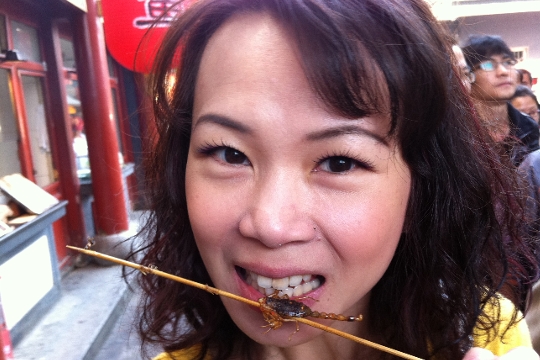 Janet purchased a stick of 4 fried scorpions and ate them. 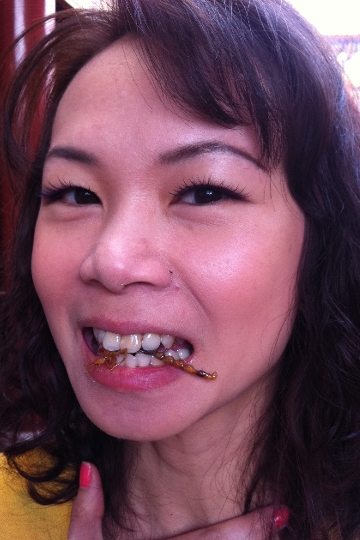 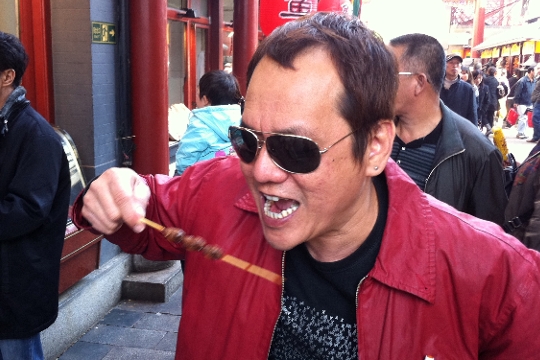 “I always thought that if I ever tried eating bugs, it would be on a dare, for a ton of money”, John eating bugs-on-a-stick. 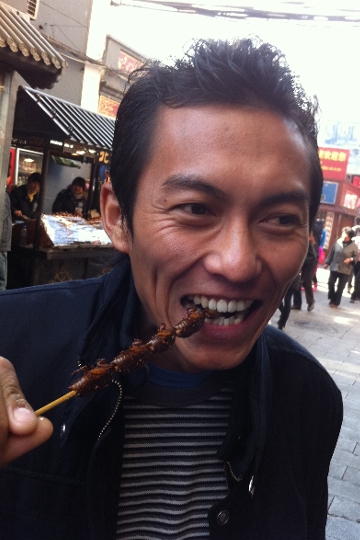 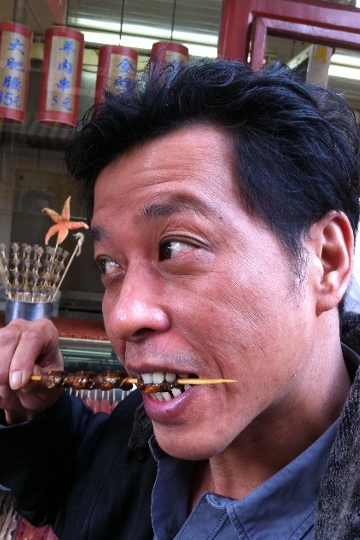 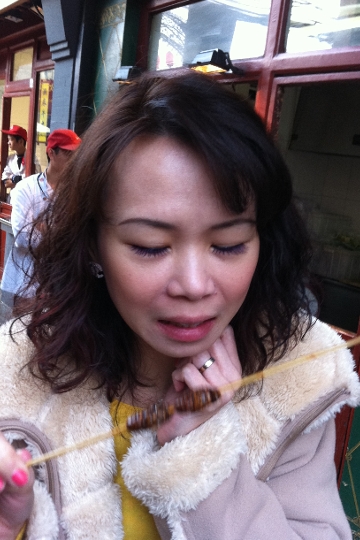 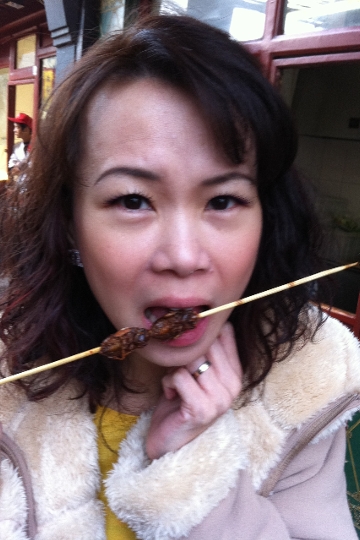 6 Trackbacks / Pingbacks for this entry